Being smart by itself doesn’t get you very far in life. After all, when companies hire for senior or executive positions, they often care more about how much relevant experience people have over how smart candidates are. If I’m a company looking to hire someone to build a payments platform, I’m going to choose someone who has successfully done it before rather than a new grad who’s smart and eager to learn.

At the end of the day, companies care about results. Skills and experience that can deliver results are the currency of the intelligence economy. Skills to acquire more skills (metaskills) doesn’t do squat until you gain those value-delivering skills, which requires a lot of relevant experience that isn’t just sitting around like shoe boxes in a clearance aisle. Companies don’t like waiting 3 – 4 years with the hope that someday you’ll be in that position to contribute. Read More

You Don’t Earn Points By Not Playing The Game

Intuitively, a game is some form of social interaction among players, guided by rules, motivated by points, and solved through strategies. However, unlike board games or video games, real life games come with arbitrary rules you didn’t make, bad players you didn’t choose, and strategies that you may not like. Real life games can be confusing, unwinnable, or plain unfair. We don’t like playing these games, but we don’t earn any points (i.e. things we value) by not playing them. I decided to codify some of the games I’ve observe in which players willfully resign into non-participation, resulting in losing points they could have earned. Read More

In the same spirit, we have mental primary keys for identifying uniqueness between objects. I might say “the sushi in this michelin star restaurant tastes just like the one down the corner” or “isn’t what makes one cyclist better than another just how well they can pedal?” In the first example, I see the primary key of sushi as the freshness of the fish and the quality of rice. In the cycling example, I have a primary key that is the athleticism of the cyclist. Read More

I recently watched a series of videos on feminism called “Why are you so Angry?”. Spoiler alert, a big crux of the answer involves the question of moral character versus moral hygiene. Morality is often defined as talking about the reason for action. So as everyday observers of other people’s actions, we take the action to infer the reason for action. A well studied psychological bias, called Fundamental Attribution Error, illustrates human’s strong preference for explaining behavior through character rather than context and environment. “Oh, he’s a bad person.” “She’s a racist.”  “John always does that.” Read More 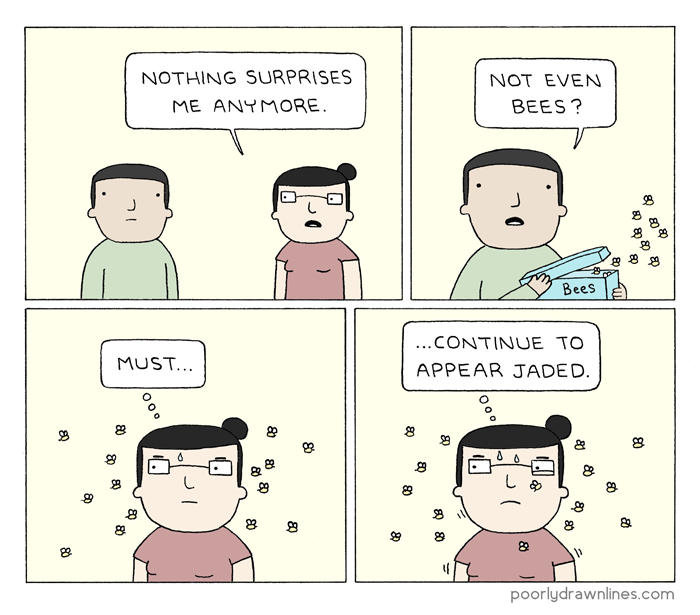 Your surprise-o-meter is an internal light bulb that lights up when you encounter new evidence or experiences contrary to your beliefs or assumptions. Epistemic surprises are conveniently valuable for learning because 1. They tend to indicate large shifts in your understanding of the world and 2. They tend to evoke emotional responses, which alerts us to pay attention to what’s causing the surprise. Cashing in on surprising experiences through self reflection can have major positive impact on your ability to learn from experiences. Read More

Many friends I’ve talked to about effective charities don’t know about long-lasting insecticide-treated nets (LLIN) and how using LLINs is most of the most cost-effective ways to save lives. I didn’t know much about it either, and part of that ignorance had given me enough confusion to procrastinate on donating to effective charities.

This short post brings together a series of facts that tipped me over the decision boundary from not donating any of my income to pledging 2% of my gross income this year to effective charities, 50% of that money which is towards the Against Malaria Foundation, which uses its money to purchase and distribute LLINs in endemic areas devastated by malaria. Read More

A mental cycle is an arbitrary unit of “mental computing power” that is used to measure the mental costs of performing certain tasks. You can say finding the square root of 81 requires fewer cycles than finding the square root of 5329.  You can say a smart person has a lot of mental cycles, which means that they can think a lot. You can also say that a smart person uses their mental cycles very effectively, meaning that even if they’re slow, they have good heuristics around how to solve problems efficiently. Students who spend 10 minutes on a test that should have taken 60 are either geniuses or cheating. Teachers intuit possible explanations to quick test turnaround times with the implicit concept of mental cycles. Read More

Note: I’d like to thank my friend for introducing this concept to me. I’ve been thinking a lot about third places since hearing about it from him.

A third place is defined as the place you spend the most at that’s not your first (usually home) or second place (usually work). On a high level, this is the place you would look forward going to. Some urban sociologists have observed that people tend to be happiest at their third places, and list some characteristics of these gathering points that they suspect make it such a blissful place. Read More

I’m not religious, but this is the image that always comes to mind whenever people compliment me for being kind.

I purchased an Uber ride for a drunk stranger on Saturday night. After the girl was whisked off to her apartment, I received some compliments about being kind for calling an Uber and making sure this girl got home safely. Not to shun people for handing me compliments, I’m just horribly shy about receiving what I think are undeserved ones. I want to bring attention some contextual facts that people may want to consider before weighing how much personality affects my kindness behavior. Read More

Incentive Schemes as a Verity to Scientific Knowledge

I was reading this very interesting story in the book “Why Zebras Don’t Have Ulcers” by Robert Sapolsky.

Two scientists, Roger Guillemin and Andrew Schally, were looking for a hormone that the brain produces that would give insight on the functionality of the pituitary glands, but the two scientists disliked each other so much that on one fateful night, they broke up and went separate ways. They were doing the same research, but in fierce competition with each other.

“Schally and crew were the first to submit a paper for publication saying, in effect, “There really does exist a hormone in the brain that regulates thyroid hormone release, and its chemical structure is X.” In a photo finish, Guillemin’s team submitted a paper reaching the identical conclusion five weeks later. One might wonder why something obvious wasn’t done a few years into this insane competition, like the National Institutes of Health sitting the two down and saying, “Instead of us giving you all of this extra taxpayers’ money to work separately, why don’t you two work together?” Surprisingly, this wouldn’t necessarily be all that great for scientific progress. The competition served an important purpose. Independent replication of results is essential in science. Years into a chase, a scientist triumphs and publishes the structure of a new hormone or brain chemical. Two weeks later the other guy comes forward. He has every incentive on earth to prove that the first guy was wrong. Instead, he is forced to say, ‘I hate that son of a bitch, but I have to admit he’s right. We get the identical structure.’ That is how you know that your evidence is really solid, from independent confirmation by a hostile competitor. When everyone works together, things usually do go faster, but everyone winds up sharing the same assumptions, leaving them vulnerable to small, unexamined mistakes that can grow into big ones. ” — pg 26-27 Read More